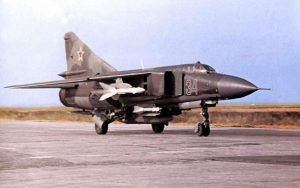 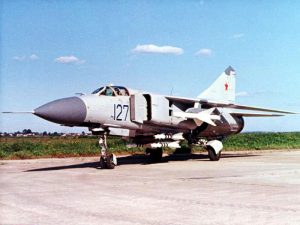 The Mikoyan-Gurevich MiG-23 was conceived in the early sixties, and was planned as a replacement for the MiG-21. As is common with military industrial complexes worldwide, nothing is “set in stone”, and the model 23’s would-be forefather is still flying, but with a smaller internal powerplant than the 23. The Flogger, as it is also known, much resembles a flattened triangle in flight when seen from the ground. It incorporates the use of a swept wing, as opposed to fixed, or stationary, immobile wings. This is one of the craft’s most welcome features, resulting in adaptation to differing flying conditions. In addition, its engine was refitted and replaced with a more reliable one. Equipped with a static sensor and yaw vane for on-course monitoring, the jet is additionally outfitted with an air sensing probe, UHF/VHF antennae, a radar warning receiver, short-wave radio, and a substantial-sized “High Lark” multimode weapons guidance radar in its needlelike nose. Also provided in the structure of the MiG-23 are temperature probes which feed information to an onboard data-processing system. A Head- Up windshield-projected display, or HUD is also present, complete with “target box”, technical flight, navigational, and instrumentational information. The Flogger is known as an Interceptor aircraft. It therefore has the responsibility of fighting off enemy air forces and requires heavy artillery in the form of air-to-air missiles. This armament is comprised of, but not limited to: Short-range weapons, such as the AA-8 Aphid infrared-guided projectile, the popular GSh-23L twin- barrel, 23-millimeter machine gun, and a medium-range air-to-air missile called the MRAAM, or in NATO terms, the “Apex”. In the MiG-23F, standard weapons carried include the latter, as well as 2-AA-2 “Atoll” missiles under its engine inlets and 2 AA-2-2 “Advanced Atolls” on the pylons of its wing gloves. Several countries enjoy the benefits of defending their airspace or attacking that of others with the MiG-23. Among them are Czechoslovakia, Bulgaria, Hungary, India, Libya, Poland, Romania, Syria, and most abundantly in its homeland, the Former Soviet Socialist Republic. Due to the expanding amount of data available to the U.S. military, it is speculated that this aircraft plays a role within the air defense of Cuba, entering service in 1977 and deployed from the San Julian airfield. It is also surmised that Iraq at one time used the craft to attack Iran during war in the mideast. 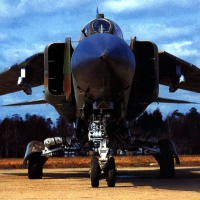 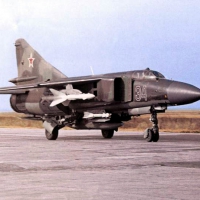 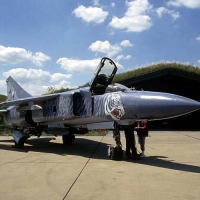 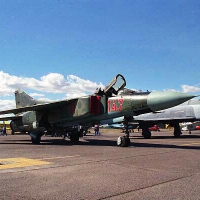 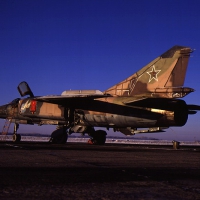 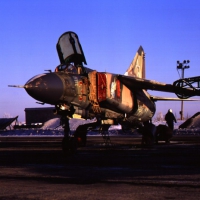 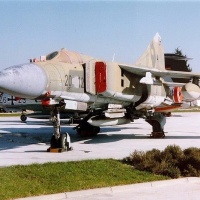 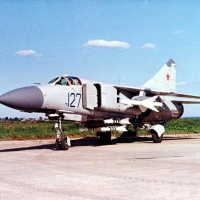 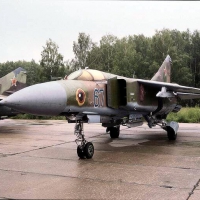 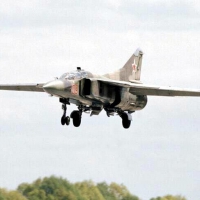 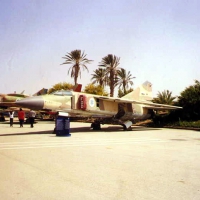 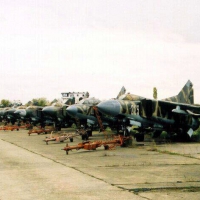 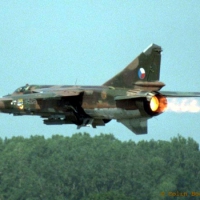 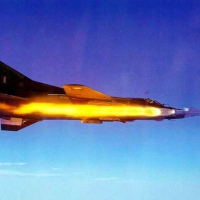 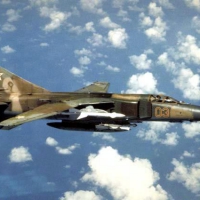 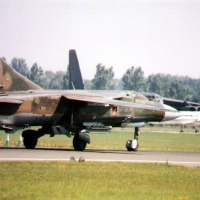 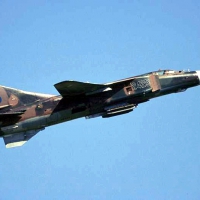 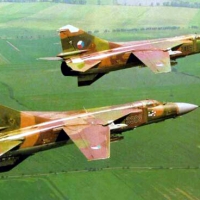 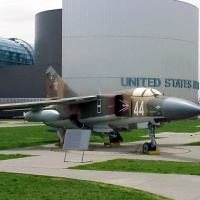 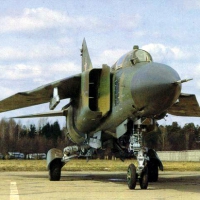