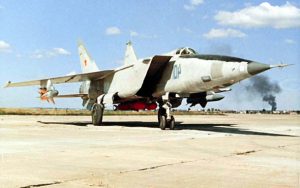 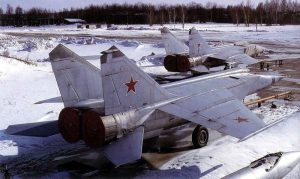 As an example for the United States’ F-15 Eagle aircraft, the MiG-25 Foxbat prototype was produced in the late 1950s, and entered the public eye creating and being redesigned amid a storm of controversy. The plane was originally designated the Ye-155P, and after a few years of its manufacture, the world was privy to information that the aircraft was capable of reaching velocity and altitude previously unattainable by its contemporaries. It’s fixed-wing, streamlined body style accomodated its twin-engines and resulted in it setting a speed record of 1,852 miles-per-hour on October 5th, 1967. Not satisfied with a mere world speed record, Russian engineers refined the craft to the extent that it reached an unprecedented altitude of 37,650 feet on August 31st, 1977. Prior to this, mideastern air powers were engaged in an incident that prompted American aircraft companies to “sit up and take notice”. The former Soviet Union was occupying the airspace over Israel during 1971 and 1972, for the purpose of gathering strategic information concerning that country’s defense provisions. After two MiG-25 craft were sighted and chased by Israel’s Air Force F-4 Phantom II jets without contact, reports prompted manufacturers to complete the F-15 Eagle Mach 2+ speed aircraft in order to compete in the “cold war”. Weaponry of the Foxbat consists of three types of air-to-air missiles: IRAAMs, or infrared type, which are attracted to the heat emissions from a target, SARH AA-6 Acrid radar homing missiles, using a guidance system which receives signals from its quarry, and AA-7 Apex air-to-air missiles, operating on the same principle as the Acrid. Numerous electronic apparatus are employed on the MiG-25, such as its standard nose-boom static system on its frontal tip, backed up by a Foxfire-type anti-jamming radar cone. Transference of UHF, VHF, CW, and high-frequency signals are afforded the plane,as are radar warning receivers and aerial transponders. In 1976, the Hakodate airfield in Japan was graced with the Foxbat A’s presence when Soviet Air Force Lieutenant Viktor Belenko chose the location for which to defect. After his Foxbat craft was dissected, remantled, and returned to the then-U.S.S.R., manufacturers worldwide gained massive amounts of data in order to remake the plane. Over the years, the MiG-25 has been involved with air combat missions all over the world, used by Algeria and Iraq as Interceptor craft. India also uses them in a reconnaissance function, and they and Libya use them as trainer planes. Syria has lost Foxbats to Israel’s Eagles during war in the Bekaa valley, and its originators, Russia, have adapted the plane for every significant military role possible. 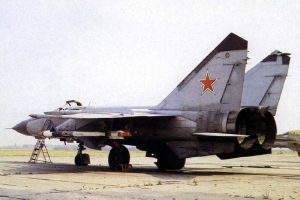 A direct response to the B-70 When the USSR learnt that the USA had started work on the North American B-70 Valkyrie as a Mach 3 strategic bomber, it undertook the design of a fighter intended specifically to counter the US high-altitude bomber. The B-70 was cancelled in 1961, but the Soviets pushed ahead with their new fighter, which first flew in April 1965 as the Ye-266 and later set several world records.The MiG-25 “Foxbat-A” entered service in 1970. The new inteceptor was made largely of steel and titanium to withstand the effect of kinetic heating, and sported an old-fashioned but very powerful radar as well as four examples of the largest air-to-air missile yet deployed. Total production was in the order of 600 aircraft in several variants, and the type has seen limited service in the Middle East

Pilot only, on KM-1 zero-height/70 knots (130 km/h 81 mph) ejection seat simply to the one used on several versions of the Mig-21. Canopy hinged to open sideways to starboard. 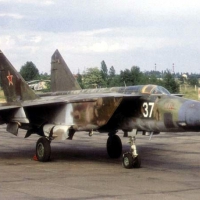 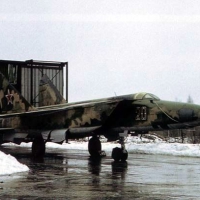 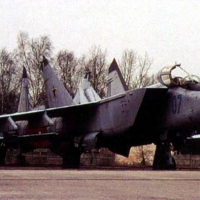 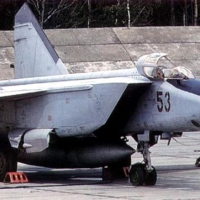 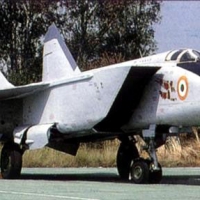 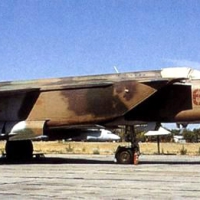 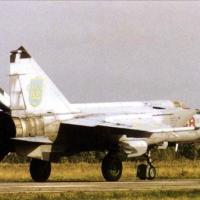 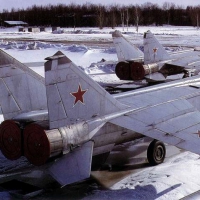 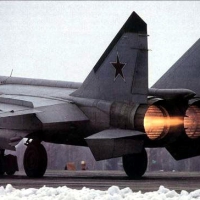 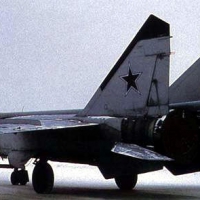 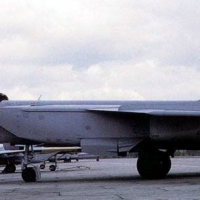 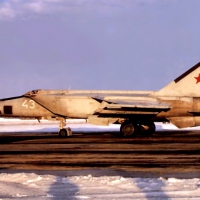 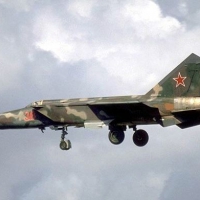 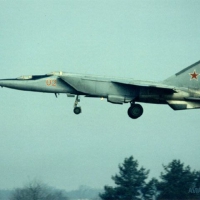 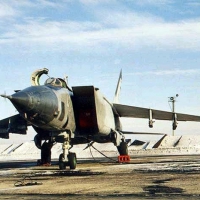 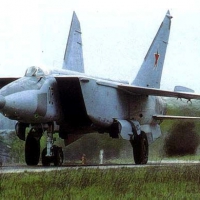 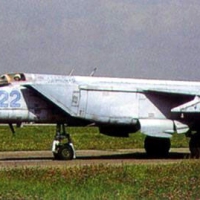 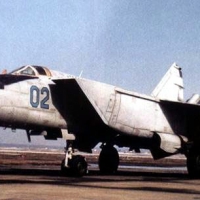 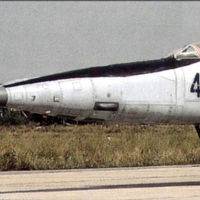 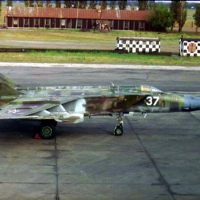