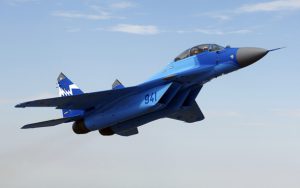 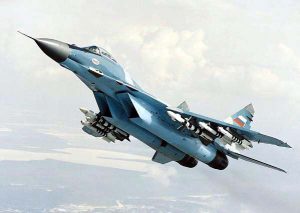 The Mikoyan-Gurevich MiG-29 Fulcrum jet was built as a reply to the Western world, as an addendom to Kruschev’s famous threat to the west, “We will bury you”. It has proven itself throughout the “cold war” and combat assignments as one of the former Soviet Union’s most advanced fighter jets. In 1979, the United States attempted to gain access to information about the MiG-29 through intelligence-gathering operations, and the use of satellites capable of photographing extremely detailed features from high altitudes. The plane was ascertained to be actively serving Russian air forces, built and validated by “design bureau”, known as the OKB. As in the past, the government of India, competitively buying against their opposition, Pakistan, negotiated with the then-U.S.S.R. to purchase 45 units of the aircraft. Afterwards, other warring nations, maintaining amicable relations with Russia, purchased hundreds more of the plane. Several components compose the electronics suite available to the MiG-29. Resting on the underside of the plane are radar warning receiver aerials, and an angle-of-attack vane, for coordinating flight instruments with the outside air pressures. Above its wings, the jet contains a common characteristic in Russian aircraft, numerous antennae, for ADF provisions, IFF functions, VHF reception, and for radar analysis. Besides its radar equipment. including a frontal scanner and conical radome, the Fulcrum includes the use of various examples of weapons technology. Fired from the plane are the R-23-type AA-9 and 10 air-to-air missiles with inertial guidance, as well as the AA-7 radar homing projectile. The R-60 AA-8 Aphid can also be used underwing in addition to this. Production of the MiG-29 continues at present, and, at last report, was being used actively by the air powers of countries like Syria and India. 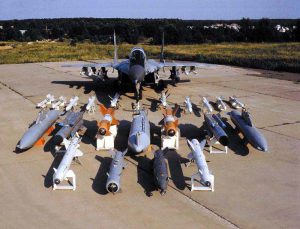 Two Klimov/Sarkisov RD-33 turbofans, each 49.4 kN (11,110 lb st) dry and 54.9-81.4 kN (12,345-18,300 lb st) with afterburning. Engine ducts canted at approx 9 degrees, with wedge intakes, sweptback at approx 35 degrees, under wingroot leading-edge extensions. Multi-segment ramp system, including top-hinged forward door (containing a very large number of small holes) inside each intake that closes the duct while aircraft is taking off or landing, to prevent ingestion of foreign objects, ice or snow. Air is then fed to each engine through louvres in top of wingroot leading-edge extension and perforations in duct closure door. Basic ‘Fulcrum-A’ has four integral fuel tanks in inboard portion of each wing and in fuselage between wings; total capacity 4365 litres (1153 US gallons; 960 Imp gallons). 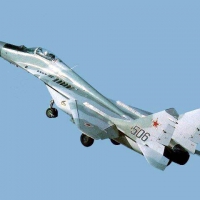 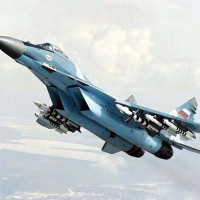 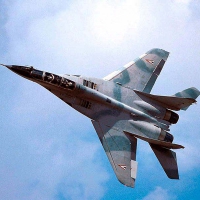 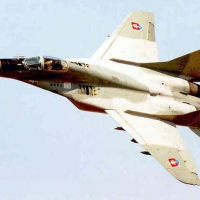 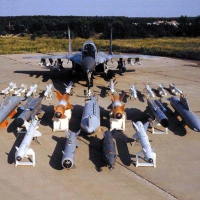 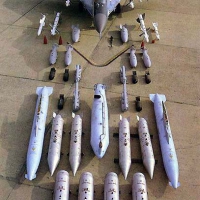 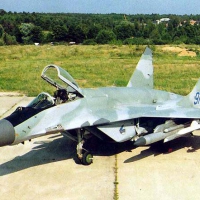 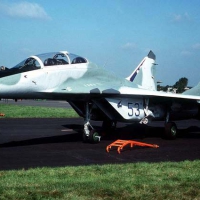 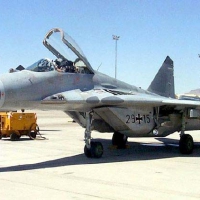 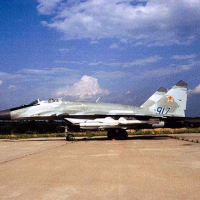 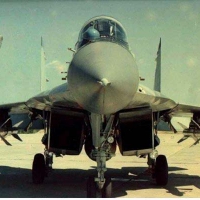 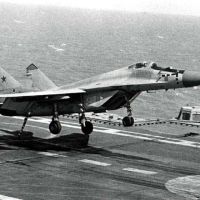 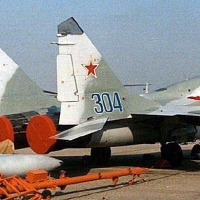 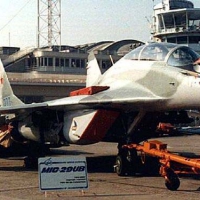 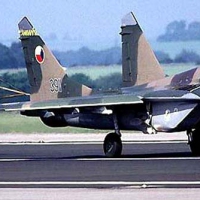 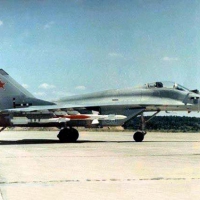 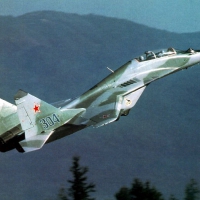 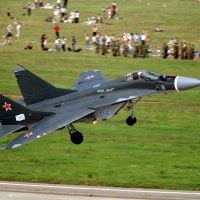 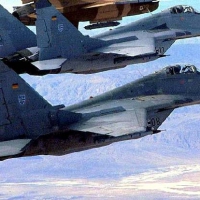 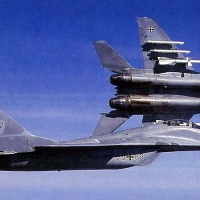