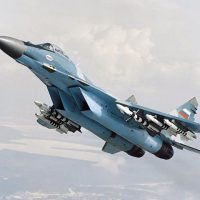 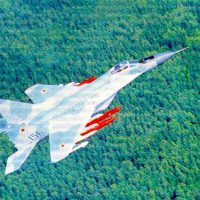 – The MiGs feature more complex aiming systems, incorporating the radar, the OESS and the helmet-mounted sight meanwhile the American fighters have [only] radars and visual aiming at targets. 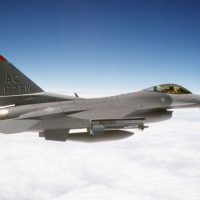 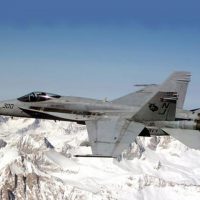 – The Russian aircraft’s assigned calendar lifetime is longer (25 years). This has been proved by the operational experience of the previous models (the MiG-21, the MiG-23 and the MiG-29).

– The MiGs have more effective, in terms of accuracy, methods of gun firing which are coupled with the larger calibre of the cannon (30-mm against 20-mm).

– The twin-engine MiG-29 has better flight safety compared with the single-engine F-16.

Economical factors are of great significance when it comes to choosing what type of aircraft to buy. Their influence is the key to understanding why the majority of nations (about 80 countries) prefer to buy only light-weight fighters like the MiG-29, the F-16, the F-18, and the Mirage 2000. Heavy-weight fighters, the F-15 and the Su-27, can be found in service only in the CIS, the USA, Saudi Arabia, Japan, Israel and China. Furthermore, in these countries their share is less than that of light-weight fighters. Economical characteristics, i.e. the acquisition cost and the maintenance cost, are also favourable to the MiG-29 and the MiG-33. After 20 year service life, the economical benifit, generated by a MiG-29 in comparison with an F-18C would have generated an equivalent sum equal to the acquisition cost charged for a new MiG-29.

The advantage of the MiG-29 and the MiG-33 over the Mirage 2000-5 can also be demonstrated in the same way. New designs, the Rafale and the EFA, will merely be able to get nearer to the MiG-33 or its further modifications in terms of tactical characteristics, albeit both will be much more expensive.

Demonstrated for the first time at Farnborough-94, the MiG-33, a new Russian fighter, is a deep modernisation of the MiG-29. The main goals of the modernisation were:

The MiG-33 can carry same types of missiles as the MiG-29 does, and many more. For instance, four air-to-surface missiles such as laser-guided Kh-25ML and Kh-29L, or TV-guided Kh-29T missiles or four KAB-500KR guided bombs can be carried .

The number of changes invisible for the eyes of a spectator is greater. The MiG-33 features more powerful, upgraded engines and the quadraple-redundant fly-by-wire flight control system. A new onboard radar with a reprogrammable signal processor provides not only a greater aerial target detection range, but is also capable of detection of sea and small-sized ground targets, ground mapping, terrain following and alerting to avoid ground obstacles.

A new electro-optical sighting system (EOSS) provides a growth in the target acquisition range, all-aspect target acquisition and the capability of illuminating a ground target with the laser laser beam. It also can detect a “laser spot” being created by an external designator, identify targets and track automatically ground targets with the help of the TV-channel. Modern interior of the cockpit features EFIS [electronic flight-instrumental system] (two multi-function displays, a head-up display, a track-and-alert system indicator). Besides, the MiG- 33 has more effective computers, running new software along with [modern] communication, friend-or-foe identification and electronic warfare systems.

In an effort to reduce the weight and the number of manufacturing hours as well as to achieve a higher level of quality, the forward fuselage (including the cockpit section) is made of aluminium-lithium alloy by means of welding. A variety of systems and devices have been modernised, including the landing gear.